Dr. Brandon Shriner was born and raised in the Southeast Ohio area. He achieved his bachelor’s degree in Exercise Physiology at Ohio University in 2002 with an athletic scholarship in wrestling. After finding chiropractic from a debilitating neck surgery, he then moved to Atlanta, GA where he completed his Doctor of Chiropractic degree in 2012. After meeting his wife, Dr. Samantha Shriner, at Life University, they decided to move to Lewis Center, OH to open up Revive Chiropractic together. Today Dr. Brandon has been serving the greater Columbus area sharing the truth about health and healing transforming the lives of many families in the community. When not serving in the office you can find him outdoors hunting, finding the next challenging athletic competition to be a part of and spending time with his wife and three boys, Beckett, Zeke and Hendrix. Relying on the foundation that God doesn’t make babies or people to be sick and suffering their whole lives, they sought an answer. They discovered this is a common issue with parents and babies today, but knew it definitely wasn’t normal. After getting to the cause of baby Beckett’s health issues, Dr. Samantha wanted to make sure no other babies and families had to suffer and be told this was a “normal baby thing, and to just deal with it until they grow out of it.”

Being able to offer patients health and healing the way we live our lives, is one of the greatest blessings and joys Dr. Samantha has. We know in our hearts true healing comes from above, down, inside and out and getting to the cause of the problem is the best “treatment” we can give. She loves to be patient’s cheerleaders in their health journey and believes there is a cause for every health issue. If she doesn’t know the cause immediately, she will search until she finds it, learning and educating herself.

Outside of the office, Dr. Sam loves being a boy mom to Beckett, Zeke, Hendrix and their boxer Bo (who you occasionally see in the office). The whole family loves to be active and outside whenever possible and the boys especially like trying out the new healthy recipes mom makes.  She loves disproving the myth that eating healthy doesn’t taste good. Dr. Mary was born and raised in Springfield, Ohio. She received her doctorate from the National College of Chiropractic and has been in practice for over 20 years. While her passion is in transforming the health of families, her mission is to help people experience true health, hope, and wholeness.

Since joining the Revive team in February of 2017 and incorporating the 5 essentials lifestyle into her own life, Dr. Mary has lost a total of 45 pounds. She has been married to her husband, Scott, for 22 years, and has a 15-year-old daughter, Corinne.

When she is not in the office helping patients, you can find her at the barn helping Corinne take care of the horses. She also enjoys spending time with her family and friends, hiking and camping. Dr. Mary is an avid reader, loves animals, and goes to the beach anytime she can. Dr. Stephen was born in Youngstown, Ohio but grew up in Delaware, Ohio. He received his Bachelor’s of Science form Indiana Wesleyan University in Athletic Training.  He went on to work for four years as an Athletic Trainer for OhioHealth in high schools around the Columbus Area. During that time, he furthered his education and received a Master’s of Science in Higher Education from Drexel University. After finishing his time with OhioHealth, Dr. Stephen went on to pursue a Doctorate of Chiropractic from Life University.

When Dr. Stephen is not in the office or seeking out other people to introduce to Chiropractic and the 5 essentials, he can be found spending time with his family. He also enjoys spending time doing manual labor with his hands in the yard, building things when he can, watching movies, and traveling to places that he has not visited yet. Stephanie Mahaney was born and raised in Akron, OH. She attended Ohio Northern University where she received her Doctor of Pharmacy. During her time at ONU, she ALMOST switched majors to biochemistry or nutrition because she was fascinated by how vitamins and nutrients affected how our bodies functioned. This passion for true health and proper nutrition led Stephanie to join the Revive team.

Stephanie completed a Fellowship in Metabolic and Nutritional Medicine through the American Academy of Anti-Aging Medicine in 2018 so she could further her knowledge to better help those she serves at Revive Chiropractic.

When Stephanie is not at the office you can find her spending time with her family – her husband Michael and daughter Charlotte, finding new healthy recipes to try, reading, listening to music, CrossFit or some type of exercise, and researching more about nutrition and health. 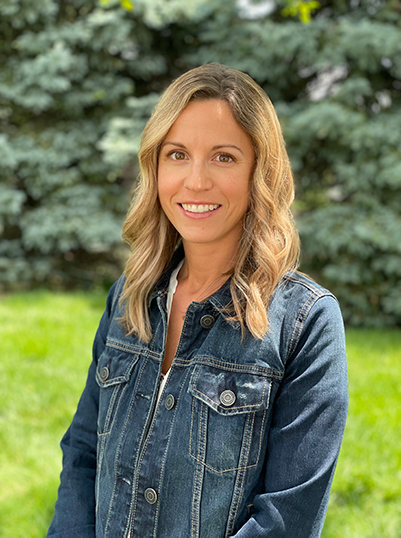 Stephanie grew up in the Air Force as an only child, moving around every few years which cultivated her desire for travel and adventure. When she was seven she was introduced to holistic health practices after her mom, Debbie, was diagnosed with cancer. Debbie took both Eastern and Western approaches to battling her cancer and has since made a full recovery. During this time Stephanie learned of the importance of what is placed in the body, not only with diet, but also environmental toxins and thoughts.

During a trip to Ohio, Stephanie decided to set down roots in Columbus after meeting her husband, Zach. They have been married 12 years and have 3 beautiful children who also share a love of travel and adventure. When their oldest daughter, Kinsey, was 12 she was injured during sports which led to a scoliosis diagnosis. After much research on how best to help their daughter, Stephanie and Zach found Revive Chiropractic. Once they saw the amazing results from Kinsey’s care, they began taking the whole family to Revive. Now Stephanie is working for Revive and helping other families realize the benefits of chiropractic while encouraging them to dig deeper into the five essentials! 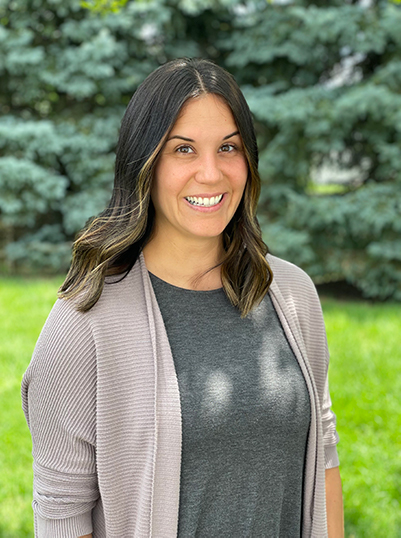 Sam grew up in Rossford, OH and moved to Columbus in 2008. In 2016 she married her husband, Rich. She has three step-sons and three daughters ranging in ages 16-8 months.

In 2017 Sam came to Revive for her husband who couldn’t sleep on his back and son who had daily migraines (both of which have been healed). After learning about chiropractic and the power the body has to heal, her and all of her children also became patients. Sam was inspired and learned about the five essentials and how to apply them to her daily life. Because of everything she learned at Revive, Sam had two home births after having her first daughter via c-section. Her whole family’s lives have been transformed!​

When Sam is not in the office, she enjoys hanging out with her husband and kids, singing on the worship team at church, and traveling. 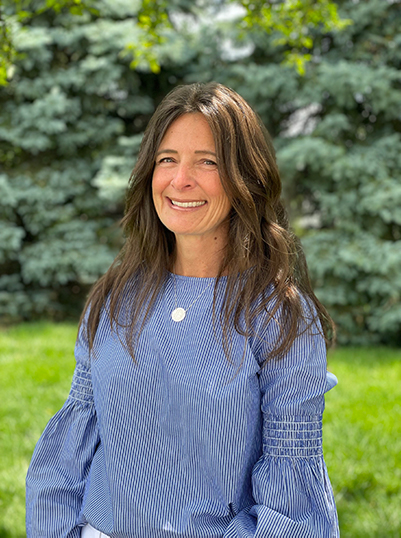 Jen grew up in Sylvania, OH. She graduated from Cedarville University with a degree in Marketing. She worked in corporate retail & also owned/operated a restaurant.

She & her husband Alex have been married 25 years and have 4 boys.

After losing her mom to breast cancer, Jen actively pursued the 5 essentials but left spinal correction out. With the business of raising 4 boys, she didn’t make herself a priority. Just because she felt great didn’t mean her spine looked great. She is now a full time patient actively pursuing a healthy spine.

In her spare time, she loves spending time with all her guys, daughter-in-law & goldendoodles. You can always find her at the baseball field, soccer field or a wrestling match. Our favorite family activities are pickleball & lots of card games, especially euchre. 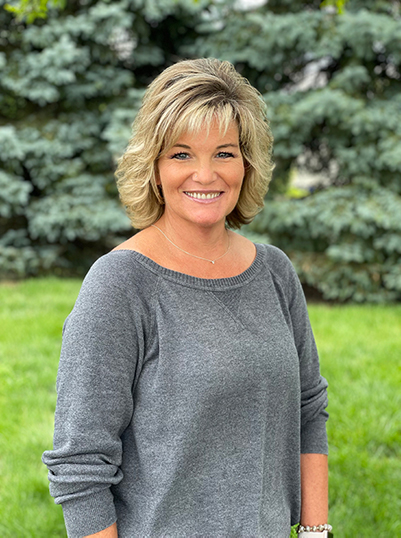 Michele’s journey at Revive was one truly led by God. After working in the medical office as a medical transcriptionist and receptionist for over 30 years, she still never believed in the medical model. There has always been a faith in a truth yet not revealed to her, until REVIVE! Being unsettled in her spirit at her current job, she began to pray for God to show her where he wanted her to serve. Through some abrupt circumstances that only God could orchestrate, she ended up right where God had intended, REVIVE CHIROPRACTIC!! This is the truth she had been seeking all those years in her career, and in her life. It has been so life changing, she couldn’t keep this “Good News” to herself. She is the mother of two young men and the Meemaw to three amazingly beautiful little girls. Revive has become a huge part of healing in their lives as well. In just one encounter with Dr. Brandon, Michele’s son knew immediately he had to get his family indrenched in this truth, to remove the interference from their bodies so they could heal the way God intended all along. This journey has only been a few months, and yet it has already changed the lives of this family forever. The five essentials are a way of life they had all been praying for, and their lives are being transformed right before our eyes.

This is not just a work place! This is a family, a community, a place of caring, love, and healing! This is where I belong!! And it’s my desire to serve you with an honest and loving heart, to always make you feel welcome, and to encourage you all along the way, as you take this journey with us!!

Copyright © 2020 MaxLiving®; Align Your Health®; 5 Essentials®. All rights reserved. This website contains proprietary logo’s and brand information of MaxLiving LP. No part of this website or information may be used, reproduced, redistributed, or published in any form without prior written permission from MaxLiving LP. All information, services, benefits or other messages may be changed by MaxLiving at any time without prior notice or explanation to the user.
Accessibility by WAH